Our dear colleague, friend and brother Bill Wilson, who went to be with the Lord in July, was born and brought up in Glasgow. Although he went along to Sunday School as a boy, it was not until his brother shared the gospel with him that he was saved at the age of 15. Over the years he became increasingly active in the local church and in evangelism; one day he met Myra who was handing out gospel tracts in the street. Myra, a nurse and a keen Christian, was very involved in the Nurses’ Christian Fellowship. They were married when Bill was 23 years old

Bill’s early working life was in industry and included running his own shot-blasting business for 12 years. Bill had discovered what he modestly described as “some sort of gift for preaching”, and his pastor suggested he considered going to Bible College to develop further. After attending the Scottish Baptist College as a mature student on a part-time basis, he and Myra decided to step out in faith and enter full-time ministry. After ten years as pastor of Greenock Baptist Church a fellow Baptist minister in the Renfrewshire fraternal showed him some slides about zambesi mission (zm) and its work in Malawi. During his sabbatical Bill and Myra visited Malawi and soon afterwards Bill was invited to join the mission’s Executive Committee. After a second visit to Malawi, Bill and Myra sensed that they were coming to the conclusion of their ministry in Greenock; and so in 1996 they commenced a ten year period of service to the Lord through zm in Malawi.

Bill is remembered dearly by those he met and served with in Malawi and within zm . Their fellow mission workers Abraham and Ruth Folayan wrote: “Our hearts and prayers go to Myra and the family as we thank God for the life and ministry of Bill who was such a significant help and support for us through our time together in Malawi. It is sad because the human side of us realises that a faithful “soldier of the cross” has been taken away from us while the battle is far from over! Bill was not just a soldier, he was a warrior, a great mentor, a visionary leader, a dogged and practical administrator, a friend and above all a true brother. We miss his physical presence but the memory of his immense contribution will remain – for the good of the Church in Malawi and to the glory of God. Surely, we can say of Bill, he has fought a good fight, he has finished the race, he has kept the faith ”. 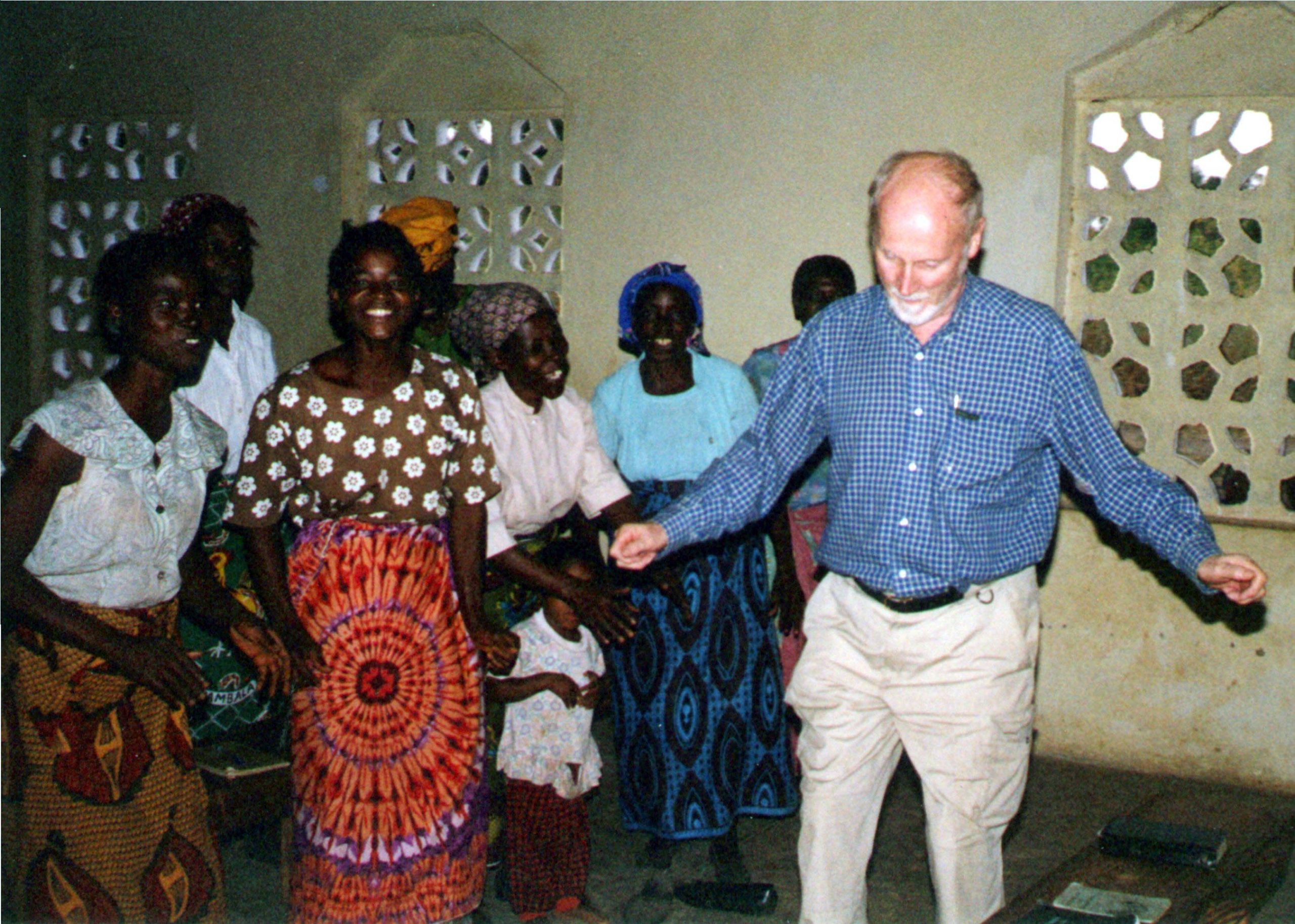 Colin Cresswell, member of the mission’s Executive Committee said that “Bill’s passion in preaching was such a feature of Bill’s work. Without ever being dramatic or over demonstrative he always spoke with verve and enthusiasm and a real desire to apply the Scriptures in a relevant and practical way. I think there were times when he was frustrated by his limited knowledge of Chichewa but that never stopped him from speaking faithfully for his Lord. His enthusiasm in worship was also something which stood out. Coming, one presumes, from a fairly staid and sober Scottish background did not prevent Bill from fully entering into the lively songs and movements of a Malawian congregation. Bill’s concern for all the pastors and their congregations took him the length and breadth of the country. No place was too remote and no person too insignificant to be visited, encouraged and cared for”. 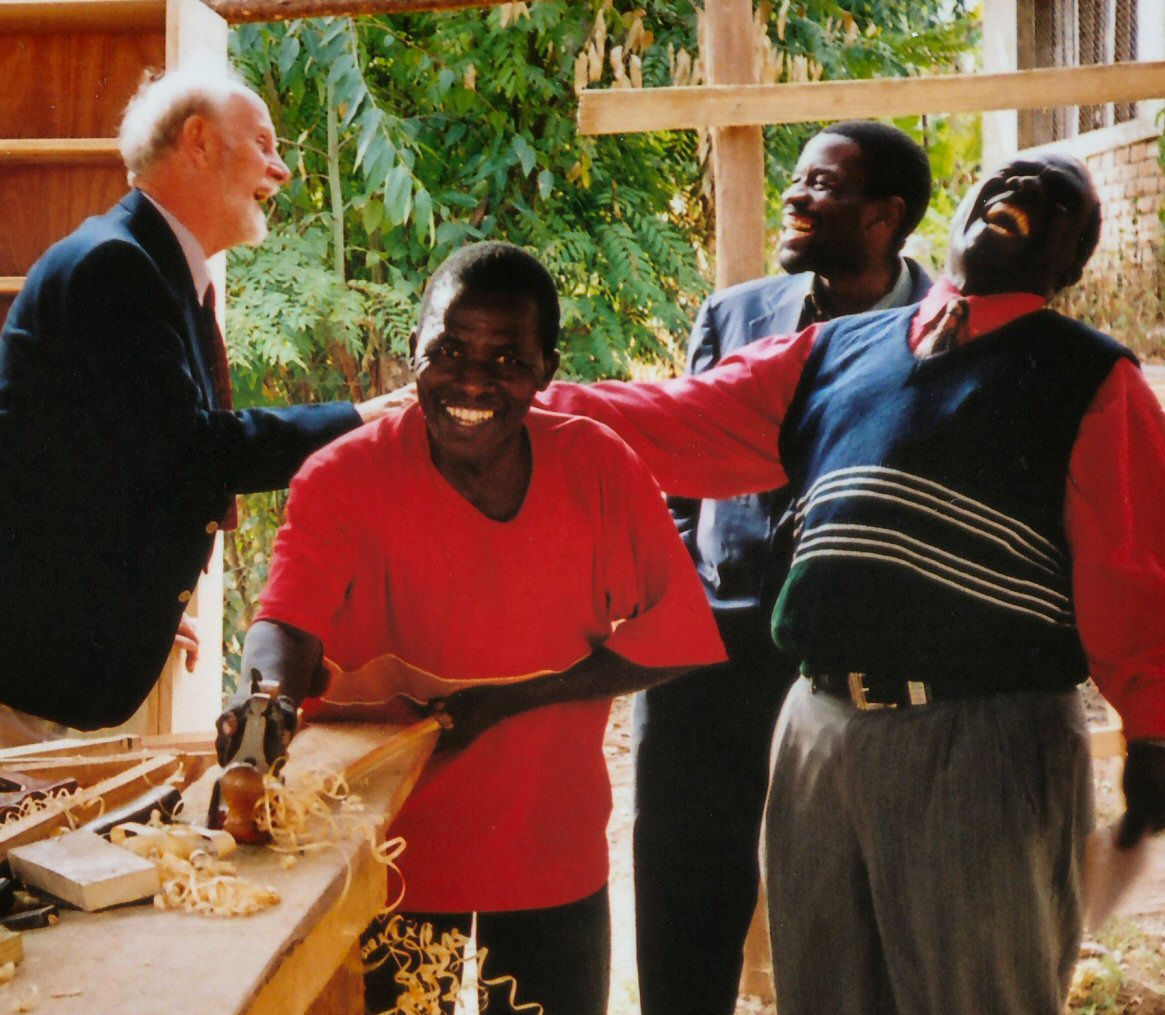 Rev Connex Ijalasi, former General Secretary of the Zambezi Evangelical Church commented on Bill’s ability to weigh up situations extremely quickly and accurately. He described him as a man “who had a clear understanding of his call of God; he was a man of godly character such as integrity, love, humility, servanthood, truthfulness and compassion”. Connex also noted Bill’s sacrificial concern: “He was a source of encouragement to both ZEC leaders, as well as to those young pastors that were working in rural areas. He loved visiting those young pastors to offer encouragement. He easily adapted into Malawian culture by being willing to go anywhere and endure anything as long as the message of the Gospel was preached”.

Speaking at Bill’s Thanksgiving Service in Dingwall, Jim Hasnip, former zm director, made special mention of Bill’s warmth and sense of humour together with the seriously dedicated approach he took to every aspect of his work. “Bill loved Malawi and the Malawians. He knew most of the pastors and all the church leadership well and he was himself much loved and respected – in fact the Malawian church leaders often sought his guidance, particularly on tricky procedural and constitutional matters. He was a wise counsellor and I also greatly valued his advice – and could not have done my job without it. Bill had a pastor’s heart and this influenced everything he did. 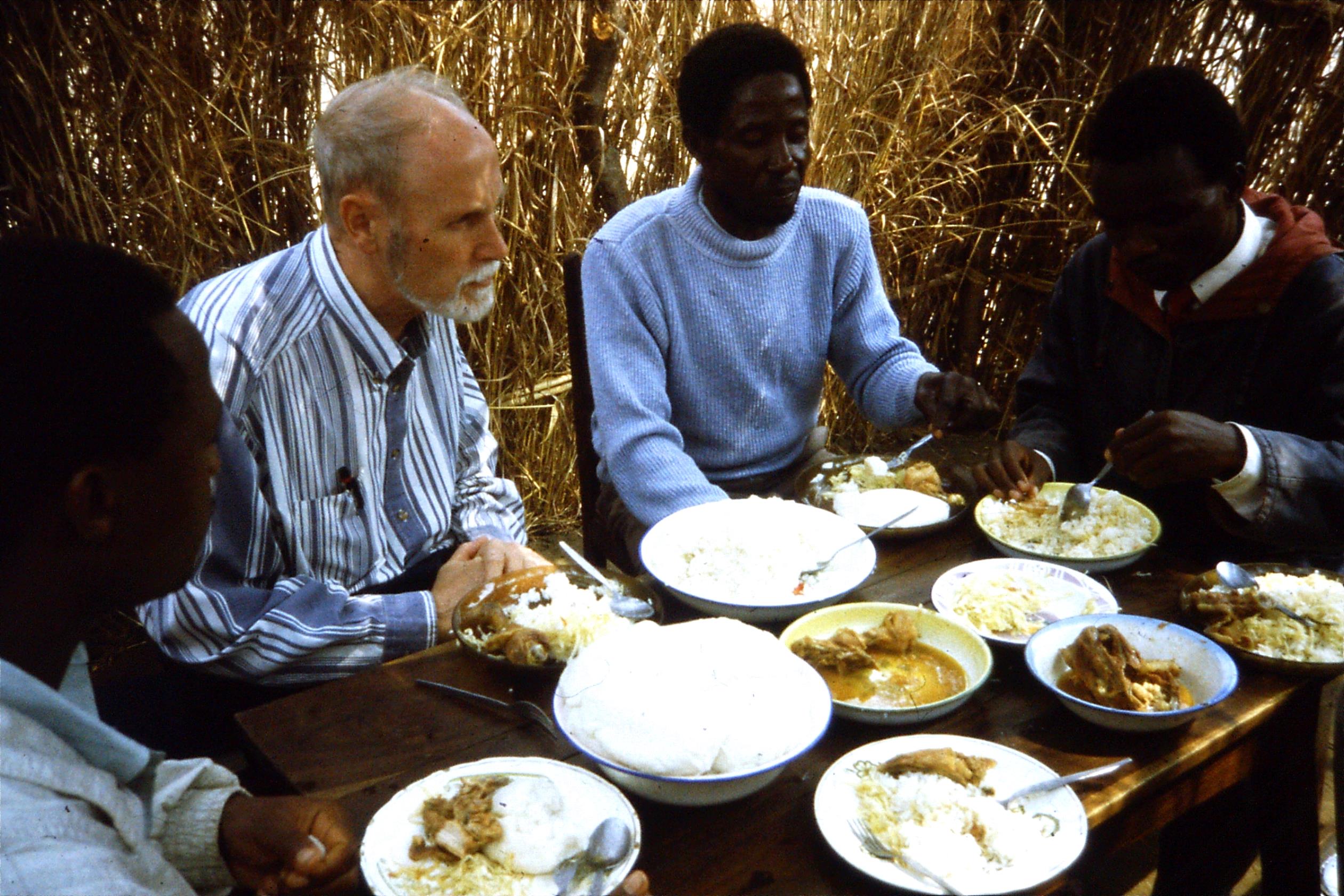 He would often drive many, many miles, frequently over deeply rutted dirt tracks, to visit and encourage some poor pastor struggling to build up the church. Typically Bill would put his arm around the pastor and listen attentively as he shared how things were going, before offering any advice and encouragement he could – often giving some Bibles, or Christian books which might help. Then he would have a quiet word with the pastor’s wife and give her something to help feed the family.”

This ministry of visiting pastors and churches in the remote rural areas gave Bill great pleasure, particularly as he saw them grasp some aspect of God’s truth. He also loved seeing the joy of the Malawian people – their warmth, their great sense of humour and their laughter.

Bill’s African brothers in Christ sum up our sentiments so well, as we remember Bill with great thankfulness for his life; and as we continue to pray for God’s peace, comfort and eternal encouragement to be upon his wife Myra and their family. “I know that Bill has not died but he has gone to be with the Lord who will resurrect all who sleep in Him (John 11: 25). Thanks be to Him who gives us victory through our Lord, Jesus Christ (1 Corinthians 15: 57)”.  “Be encouraged by these words, “Now we know that if the earthly tent is destroyed, we have a building from God an eternal house in heaven, not built by human hands.” (2 Corinthians 5:1) ”.