zm’s Review of 2017 is now available and will soon be making its way to our supporters’ homes and churches.

The review provides an excellent summary of zm’s aims, ethos, partnerships and involvement throughout last year. The Zambezi Evangelical Church’s 125th anniversary celebration was one of the highlights of 2017. At the celebration we were reminded of God’s protection and provision over the years since the mission was founded in 1892. Speaking from Psalm 124, ZEC Chairman Joe Tsokalida reminded the assembly that “if the Lord had not been on our side”, then things might have been very different.

Joe Tsokalida preaching at the 125th celebration from Psalm 124

zm’s founder Joseph Booth faced innumerable challenges from the outset. Two of his sons are buried in the mission graveyard at ‘Old Mitsidi’, now in the grounds of the Presidential Sanjika Palace. One account from 1894 says that “Booth’s responsibilities soon extended to health care, as of the seventeen new missionaries he had to nurse six who were deathly ill with malaria”. The mission also faced indifference bordering on hostility from the established missions at the time who saw Booth as an interloper. His unconventional methods and outspoken nature were also his own undoing – in 1897 zm removed him from his post. Despite all the challenges, the church that was founded by the Zambesi Industrial Mission still exists over 125 years later. That church is now called the Zambezi Evangelical Church – it embodies the concept of “Africa for the African”. In 2018, ZEC is a self-governing, self-supporting and self-propagating church with 630 congregations in Malawi and over 220,000 people regularly joining in services. Another speaker at 125 th celebration spoke from 1 Samuel 7, regarded the event as an ‘Ebenezer stone’ that testified to the Lord’s faithfulness, saying; “Thus far has the Lord helped us” (1 Samuel 7: 12).

These are important things for the mission to ponder upon. During the initial months of 2017 zm faced a challenging financial period. We prayed and wrote to our supporters in March 2017, drawing their attention to the situation. During our prayers, we were encouraged by the words of Philippians 4:19: “And my God will meet all your needs according to His glorious riches in Christ Jesus”. The response was most uplifting and the mission’s financial stability was restored by the middle 2017. However, after five successive months of low income, zm again faces financial uncertainty on a similar scale to March 2017. In this instance, we do not feel that it is appropriate to write to all our supporters again to share the mission’s circumstances. Notwithstanding this, we have taken the decision to share the position via our Update quarterly magazine and through our website. We feel that it is important that our supporters are made aware of the circumstances. 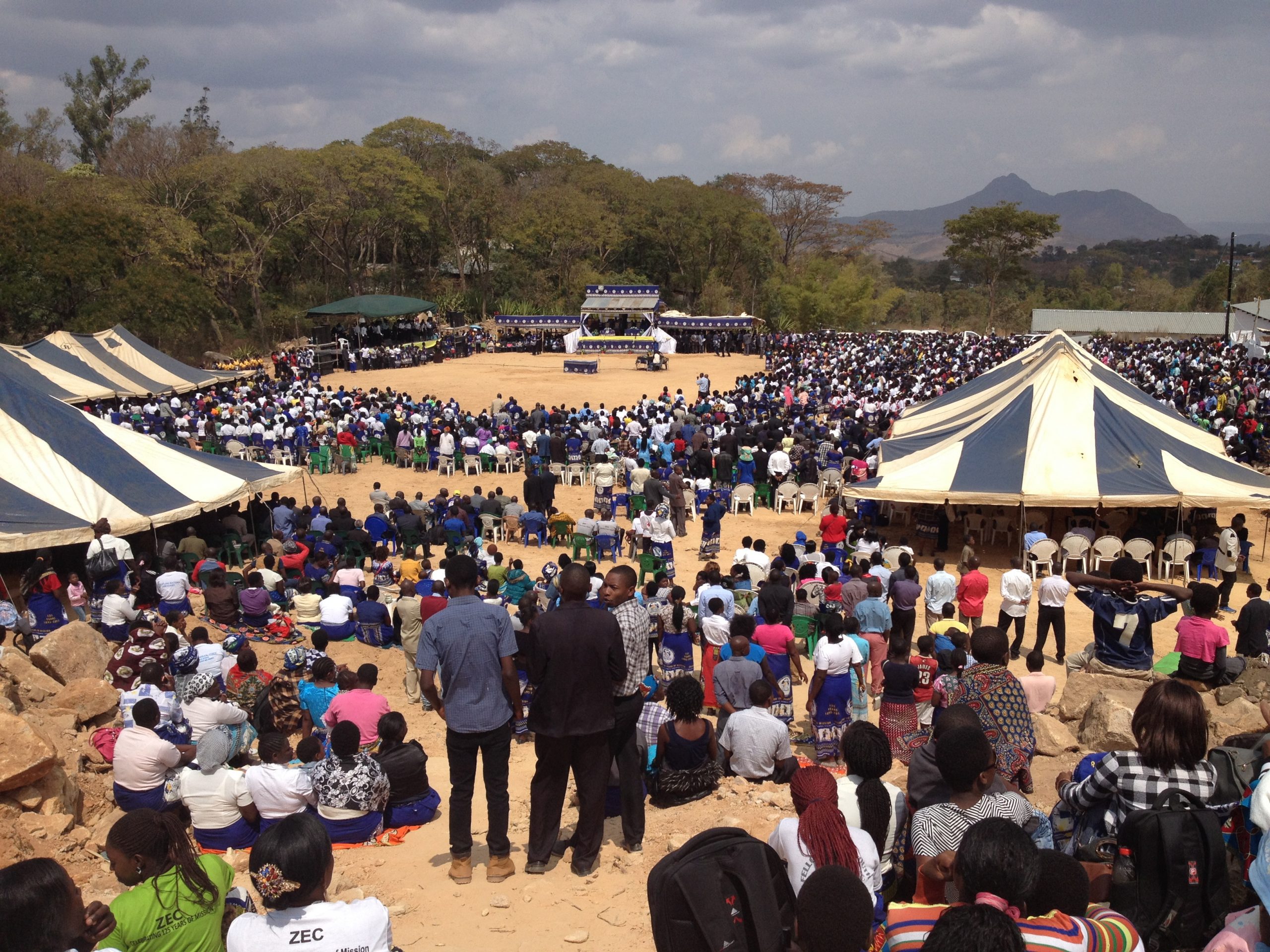 zm is supported by over 460 churches and 2,200 individuals worldwide. Our supporters engage with the mission in a variety of different ways. zm is also a ‘faith mission’, relying on God to speak to supporters to encourage them to give sacrificially (or not as the case may be) – rather than asking our supporters directly to give money to the mission. This approach seems to be less prevalent today, even amongst Christian missions. All these factors mean that it is extremely difficult for zambesi mission to predict future income. Nonetheless, the recent return to financial difficulties, so soon after recovering from the issues faced in early 2017, has indicated to us that a long term restructuring of the mission, particularly in the UK, is likely to be necessary. In the meantime we have taken steps to minimise our expenditure as far as reasonably practicable, at least for the foreseeable future.

Please pray for the mission leadership, zm’s trustees and Executive Committee as we discern the Lord’s will and determine what practical steps need to be taken to play our part in securing the long-term future of zambesi mission .